Cooking is in Gerrard O’Keefe’s blood. Growing up in Auckland, his father was a former Navy chef and was always creating things that caught his attention.

“Meals were quite different from what most kids from Mt Wellington ate at the time. We dined on searing curries through to delicious Asian dishes.”

As a youngster, he was treated to all sorts of tales from his father about travelling the globe and cooking for the Queen, tales that inspired him to become a chef.

“He loved to experiment with ingredients too. I owe a lot of my interest in cuisine to him,” Gerrard O’Keefe now works as the executive chef at Hectors Restaurant at Heritage Auckland.

As a young chef, spaghetti arrabbiata was a dish that inspired him. “With a few simple ingredients and the proper technique, it transforms into a rich velvet-like sauce,” he said.

Becoming an executive chef is one of O’Keefe’s greatest accomplishments, but “watching young chefs come through and grow knowing you helped shape them” is ultimately top of his list.

His favourite ingredient to use is coriander, “from root to tip, I just can’t get enough of it.” He also notes that freeze dried ingredients are trending right now and make an appearance in his dishes. To keep on top of current food trends, he reads culinary publications, follows blogs, and uses Instagram. “Smoking and sous vide are still quite dominant and are both used in my menus,” he said when asked about trending cooking techniques. 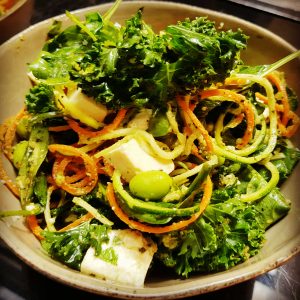 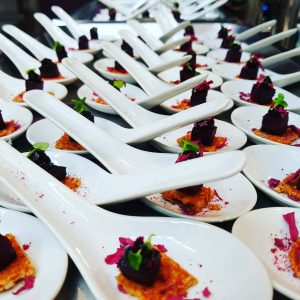 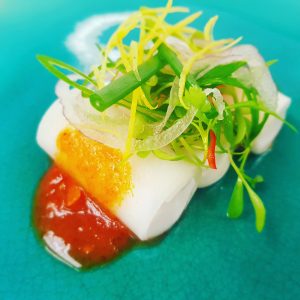 As a chef, travelling the world to experiment with foreign foods and flavours is a traditional way to grow, learn, and enhance a menu. “Last year I was in China and Hong Kong on a culinary journey, eating local dishes, often sitting on a crate in a small packed side street restaurant.” In saying that, sometimes the best way to grow can be to relax and explore what we have right in front of us. “This year we opted to stay in New Zealand and explore up north, which was great for our girls.”

Regarding his kitchen, he describes the workplace as a fun learning environment. “I encourage the team to be creative and think outside the box to get some really interesting ideas and dishes for things, including our meat-free Mondays.”

In the future, he plans to keep developing compelling plant-based items for the restaurant’s menu. “We run our vegan menus in tandem with omnivorous fare, but it always pleases me to see diners who are not vegan sample our plant-based dishes and enjoy them. The aim is to have as wide as possible audience experience the dishes and find them tasty and filling.”

It’s easy to get lost in the endless posts on social media. Now some hotels are incentivising guests to put away their phones, offering…