Resource consent was sought to construct and operate a 113-room hotel, with a restaurant, bar and gym designed to be used exclusively by guests.

Of the submissions received, 141 were in opposition to the application, with two being withdrawn before the date of the report. Not one submission was received in support of the proposal.

In a 154-page report to the commissioners, planner Sarah Gathercole highlighted the hotels plans to replace a tennis court, causing “unacceptable adverse effects on the amenity and character of Northlake which was established through the existing approved Outline Development Plan”. 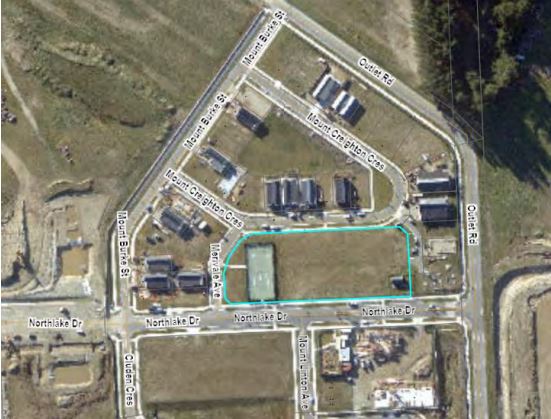 In the current plans, the tennis court shown here would be replaced by the hotel.

"A number of the submissions objected to the loss of amenities, specifically the tennis court, which will be removed from the subject site for the establishment of the hotel," said Gathercole.

There was also concern about the off-site coach parking space which would produce “inappropriate adverse traffic”.

The noise of the hotel’s construction and on-site activities also were earmarked as a potential problem for neighbouring properties.

“Subject to new or additional evidence being presented at the Hearing, (I recommend) the application be refused,” advised Gathercole in her report.

Overall, Gathercole found the project’s proposal did not align with the Resource Management Act.

The report included 40 detailed conditions which could be implemented if the commissioners wanted to grant consent.

The recommendations included obtaining a traffic management plan approved by the Council, introducing dust control, stormwater, silt and sediment control, and road maintenance among others.

While the report's recommendation is not binding, it is assumed that the commissioners will reach the same conclusion.

The hotel is still pending a hearing from 14 to 16 May, where the developers have the chance to present new evidence.