Tokyo is facing a shortage of hotel rooms in the run-up to the 2020 Olympics.

The Japanese capital is instead looking offshore to deal with the expected influx of 10 million visitors to the games, and considering mooring cruise shops to operate as floating hotels.

Despite a construction boom, Tokyo's guest capacity could be short by up to 14,000 rooms next summer. Domestic travel agent JTB has chartered the 1011-cabin Sun Princess for the Olympic period. 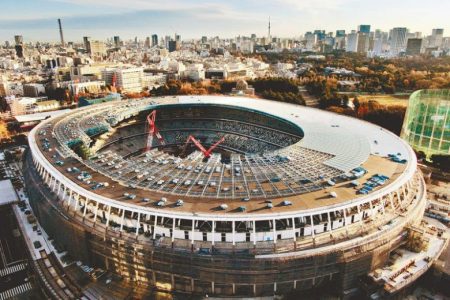 The New National Stadium will open in November 2019

The agency says that despite the high costs, customer response has been promising. “Although we can’t disclose the actual numbers, we have received an excellent reaction from our customers," said Minoru Kuge, head of JTB's Tokyo2020 Project Office.

The accommodation shortfall is predicted despite a hotel construction boom underway in Tokyo, fuelled in part by the upcoming Olympics as well as the recent sharp increase in international tourism to Japan.

Hotel performance in the Asia Pacific was down across the three key metrics in April 2019, according to STR. Australia and Oceania only experienced…