A hotel in Kenya has reopened its doors six months after a terrorist attack killed 21 people.

The five-star dusitD2 hotel and office complex in Nairobi was attacked by Somalian al Shabaab militants in January. The hotel is operated by Thai multinational hospitality company Dusit International, which owns 29 hotels and resorts in 18 countries.

A ceremony on Wednesday to commemorate the reopening of the hotel featured a live orchestra. A group of runners led by 800m world record holder David Rudisha carried the hotel's flag from the airport, accompanied by motorcycles. The flag had been flown in six countries to honour the hotel staff who lost their lives in the attack.

“The raising of the dusitD2 flag marks the end of the journey that began when the dusitD2 Nairobi flag was hoisted at six dusitD2 properties including Bangkok, Bhutan, China, Dubai and has finally come back home,” said dusitD2 general manager Michael Metaxas. "The spirits and the strength of Kenyans is back." 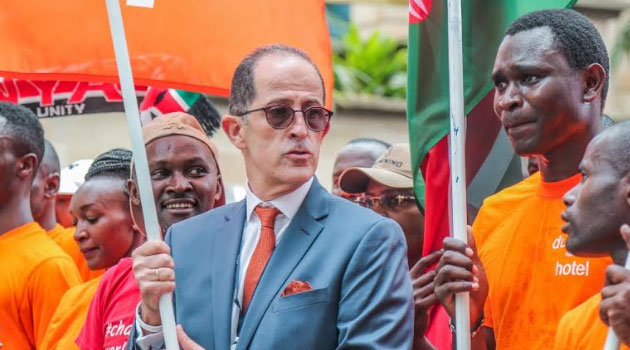 It might be mid-winter, but hoteliers are already looking ahead to the festive season. Cordis Auckland has announced its Christmas line-up of events. From…