“The July result shows we’ve been able to bounce back quickly from complete lockdowns, while our current tracking for September also suggests a high degree of resilience in our model and market at Level 2.5.

“We actually received bookings from more than 500 new companies across our properties between early May and late June, as well as a further 550 new companies in July and August, paving the way for further strengthening of the brand in the medium to long run.

“However, there’s no doubt the impact of COVID-19 on the accommodation and hospitality industry has been significant because prior to March, the 2020 fiscal year was on track to be a record earning one,” said Mansfield.

Many of the new companies registering with Quest’s network of 35 properties across New Zealand are SMEs – a market sector that Group General Manager, Adrian Turner, said accounts for 75 percent of their clientele.

“These new companies along with our established clients are especially attracted by the ability to self-cater. The self-catering not only encourages longer stays but also means contact with others is minimised due to not having to mix in a restaurant – much like the benefits achieved from our smaller lobby’s,” said Turner.

Despite frequent requests, Quest New Zealand declined the opportunity to become a quarantine facility, opting instead to continue to support its corporate guests. Mansfield says it is a decision that is providing an opportunity to build new relationships with new customers for a post COVID environment, as well as strengthening existing ones - not to mention being able to help local communities around Quest’s entire network of properties.

Quest’s confidence and strengthening of its position are also buoyed by having launched a new property in Palmerston North just last month, as well as five new openings planned next year: two in the Auckland suburbs of Takapuna and Mt Eden, plus Hastings, Mt Maunganui and Cambridge Terrace in Christchurch.

Mansfield believes demand for accommodation - predominantly driven from the private sector - will remain strong in the coming year.

“Demand is already ahead of projected budgets for October, and factors such as Air New Zealand recently selling 70,000 flights in a single day with increased capacity across the country provides even more positive signs.” 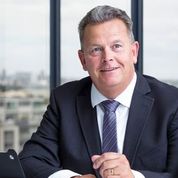 Providing guests with all they need to stay hydrated is not only good hospitality, but a chance to further tell your hotel’s story. From…