The Rydges North Sydney has been listed for sale, providing an opportunity to enter Sydney’s hotly contested hotel market.

CBRE Hotels’ Wayne Bunz and Michael Simpson have been exclusively appointed to sell the asset, with buyers being provided the flexibility to either acquire the property with vacant possession or retain Rydges under a long-term management agreement.

The Rydges North Sydney features 167 guest rooms and suites together with a restaurant and bar, conference facilities and a business centre.
Located at 54 McLaren Street, the asset occupies a significant 2,549 sqm freehold site in North Sydney, one of the largest corporate catchments in Australia.

“Sydney is a global tier-one investment destination and hotel investment opportunities, particularly those offering vacant possession of management, are rare and hotly contested. Sydney’s hotel investment market has continued to be incredibly buoyant, as evidenced by the recent sales campaigns for the Primus Sydney, Four Points Sydney and the Travelodge Hotels portfolio. This offering will attract strong interest from a myriad of investor types, including hotel investment groups, owner-operators, and long-term land bankers given its future development potential," noted CBRE Hotels’ National Director Wayne Bunz. 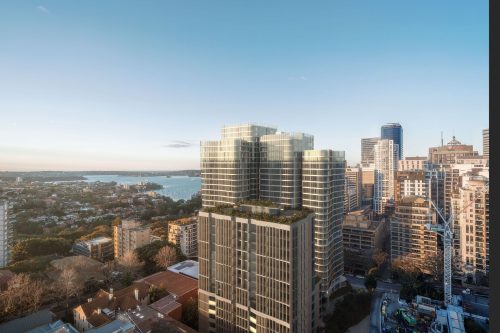 “The hotel offers ultimate flexibility for an investor. It can be renovated and repositioned to take advantage of the domestic tourism recovery. It is also perfectly positioned to be transformed into a luxury residential apartment tower, given the site’s highly flexible zoning, the height precedents in the immediate area and the proximity to retail and transport amenities,” CBRE Hotels’ Managing Director Michael Simpson added.

“North Sydney’s continued growth will be supported by enhanced connectivity to the Sydney CBD by the Sydney Metro development, with the commute from Victoria Cross Station in North Sydney to Barangaroo in Sydney’s CBD being only three minutes. In addition, North Sydney Council has been implementing a long-term strategy for the evolution of the North Sydney CBD via the Ward Street Masterplan which will introduce significant development.”

Expressions of Interest close October 14, 2021, unless sold prior.

Two Queenstown businesses have joined forces with their local high school to offer a student a scholarship to kick start their global tourism career….