Brisbane's Ovolo Inchcolm opened in April earlier in the year, but the hotel’s history goes back much further. In the 1880’s the hotel was initially used as a private residence before it was repurposed into a prestigious medical practice used by accomplished physician Dr John Thomson. The building was constructed by JI Green & Sons builders, the site played an important role in the development of the area’s famed medical precinct. To this day, the building still maintains its heritage with its Art Deco styling and neo-Georgian inspired façade.

Huddled away in Brisbane’s rapidly growing Spring Hill, Ovolo Inchcolm is a new boutique hotel offering just minutes away from the Brisbane CBD.

Like all Ovolo hotels, Inchcolm goes by the mantra of ‘effortless living’. Every decision Is chosen to make guests’ lives easier. For instance, there are power access points on both sides of the bed, allowing both people sleeping to charge their phones at the same time. Free self-service laundry, WiFi and minibar are all also provided to make guests feel at home. 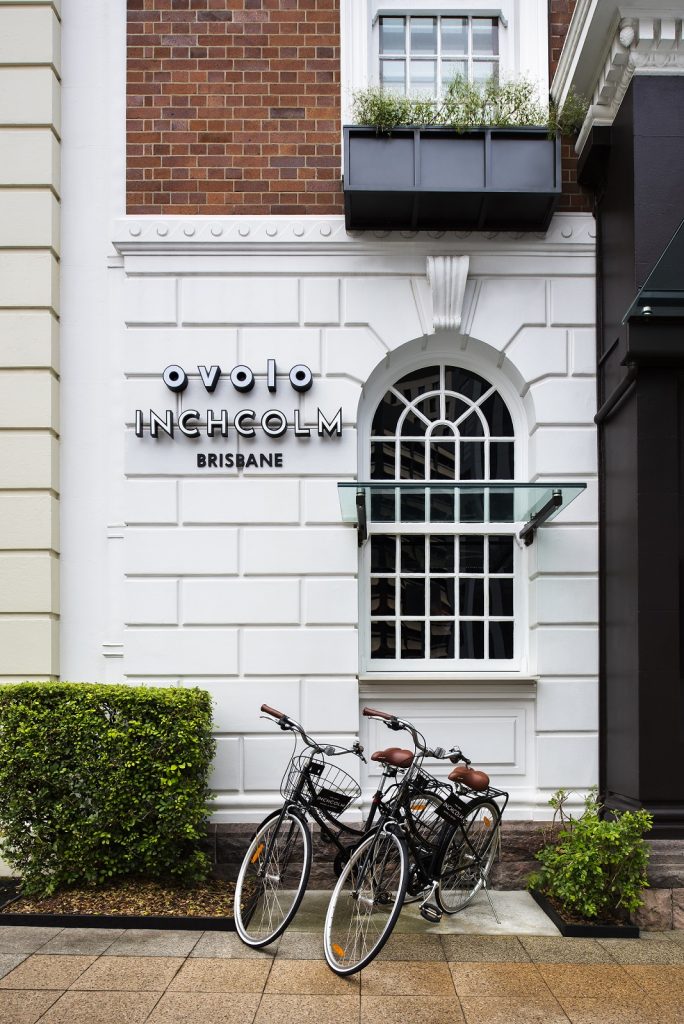 The hotel’s team is made up of around 50 staff, including personnel at the restaurant and the hotel itself. The team works to make every stay feel special, personalising every experience they get the chance to.

“What makes Ovolo Inchcolm special and all Ovolo Hotels, in general, would have to be the personal service and the staff that provide it. At Ovolo, we don’t have a member’s program, because we believe that every guest should receive the best possible service and benefits whether it is their first time staying in the hotel or the 70th,” said Dave Baswal, CFO and COO at Ovolo Hotels.

A standout point of the hotel is the Salon de Co restaurant and bar. Inspired by the 1920s, 30s and 40s style, the dining space mixes the social, artistic and hospitality cultures from those decades, making for a grandiose space which wouldn’t look out of place in a movie set.

The design of the hotel was a collaborative effort between designer Matt Sheargold of Hassell Interior design and Lisa Fehily, Ovolo Hotels Art Curator. Their approach to the project was working to complement the existing look with elements of Ovolo’s style, rather than completely revamping the property. The aim was to create a place of wonder which intrigues guests with every turn.

A notable example of this is the Cabinet of Curiosities found within the hotel foyer at Salon de Co. The display cabinet, created by stylist Anna Roberts, shows off a seemingly random selection of trinkets and artefacts, creating an air of mystery and adventure.

Despite the old-timey intricacies and influences, the hotel is still fit with all the modern technology guests need and expect. Each room is fitted out with a flat-screen LED television, iPad Mini, the latest movies setup on Apple TV, and Amazon Alexa. 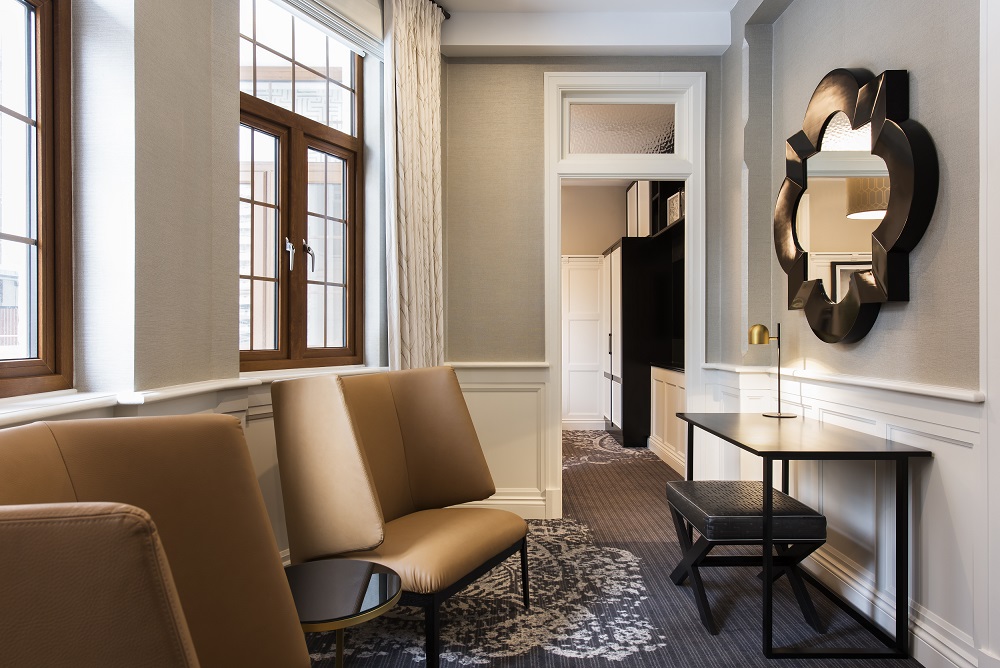 Being a modern hotel, Ovolo Inchcolm is committed to protecting the environment and reducing its waste. Sustainability initiatives it has introduced include replacing plastic straws with metal straws and switching the mini shampoo and body wash with bigger containers,

As the hotel only just launched recently, there is no urgent push for renovations on the site, but the property does plan to continuously innovate and takes its offering to the next level.

As the freshest new hotel on the block, it has no trouble getting people through the doors. 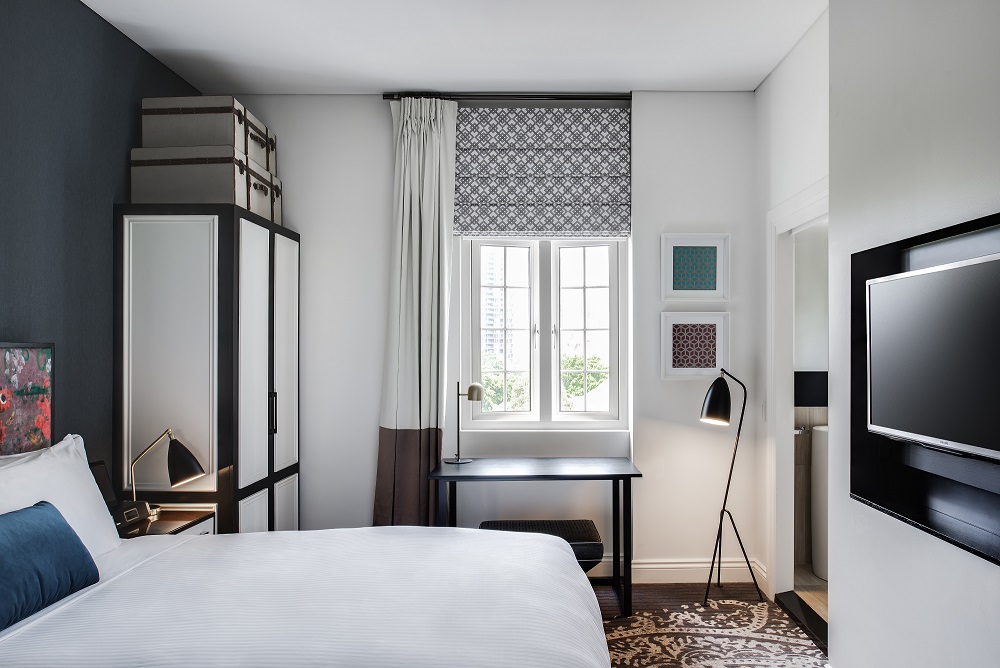 “Being a boutique designer hotel, with only 50 rooms, and producing a unique hotel experience we are always busy. However, the busiest peak would have to be between mid-September to mid-December, which is mainly due to the high intake of corporate travel.”

Entrepreneur, Girish Jhunjhnuwala is the founder and visionary mind behind Ovolo Hotels. Since the company’s launch in 2002, Jhunjhnuwala has continuously pushed to challenge industry convention and to think outside the box.

Further across the city, Ovolo the Valley is launching later in the year at the site of the old Emporium Hotel, following an extensive makeover.