At the end of 2018 Auckland had a new hotel join its city skyline, with AccorHotels opening SO/ Auckland.

The hotel is located on Customs St, occupying the former Reserve Bank. It is a new build but has retained the vault area space which is used to house the hotel’s unique conference and meeting space.

The Auckland property is the seventh hotel in the SO/ brand and describes its target market as urban and social people looking for a colourful and vibrant getaway or hangout.

One distinct feature of SO/ hotels is how they embrace art. Every SO hotel has been designed by big names designers who can let their artistic vision run wild. Kenzo Takada, Christian Lacroix, Viktor Rolf are some of the designers who’ve previously designed for SO. In Auckland, SO teamed up with Benny Castles of WORLD to design a creative avant-garde work of art.

Fashion house WORLD was chosen because of its bold, energetic, playful style. WORLD’s creative touch and influence can be seen in everything at the hotel, from the staff’s ‘attire’ to the wallpaper, artwork, neon installations and the hotel’s volcano logo and wider theme.

“It’s been an exciting journey with the global SO team since 2011 to prepare for opening including two years of immersion with the brand at SO/ Bangkok. Every touch of a SO/ hotel is unique to its location and thanks in large part to our signature designer world, we have unlocked a destination truly unique to our shores,” said Stephen Gould, general manager, SO/ Auckland.

Each SO/ hotel reflects its surroundings, and for SO/ Auckland that means playing off the city’s volcanic history.

The volcanic theme touches all elements of the hotel, with specially designed rooms Vapour, Liquid and Solid not just named after the theme, but also incorporating elements of it throughout. 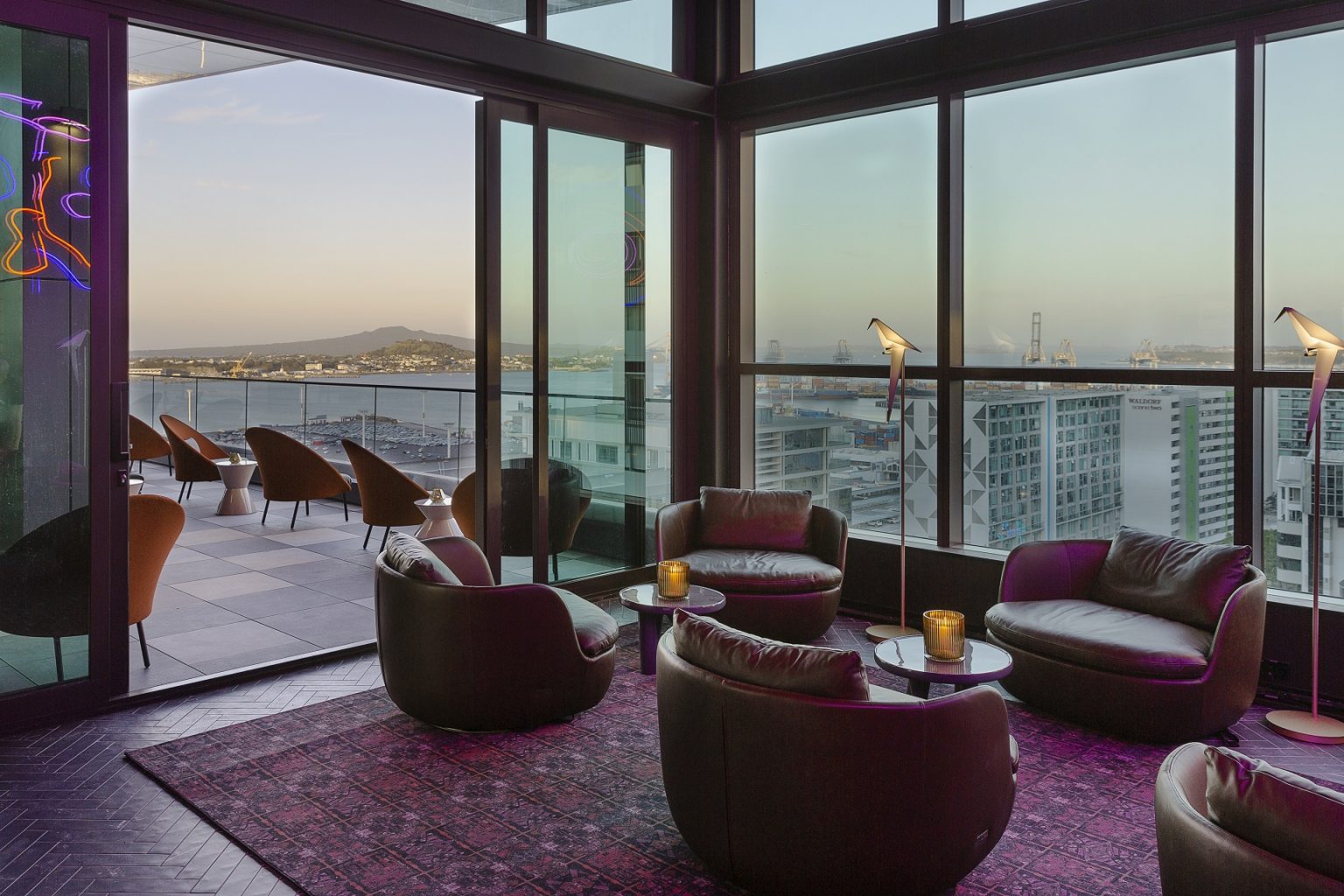 “We knew from the outset this was a very special project to collaborate on. Our role was to create an experience that helped guests and visitors leave the hustle and bustle of the city behind and welcome them into a new world,” said Benny Castles, designer and director, WORLD.

The furniture and lighting installations were done by Dutch design house Moooi. The most attention-grabbing piece is the Mega Chandelier created by Marcel Wonders on the ground floor entrance at the hotel’s Mixo Bar.

The hotel also has a restaurant and bar that it hopes will pull in locals as much as visitors.

Aside from the food and beverage offerings, SO/ Auckland also features SO/ Spa which caters for all wellness and relaxation needs with Himalayan detox therapy, Tibetan sound healing, chakra balancing and peeling Chlorella masks all available.