A disgruntled guest has left a Land Rover parked outside a five-star London hotel, emblazoned with negative reviews.

The vehicle was left outside the St James Court Hotel, owned by the Taj Hotels group. The hotel is a five-minute walk from Buckingham Palace. 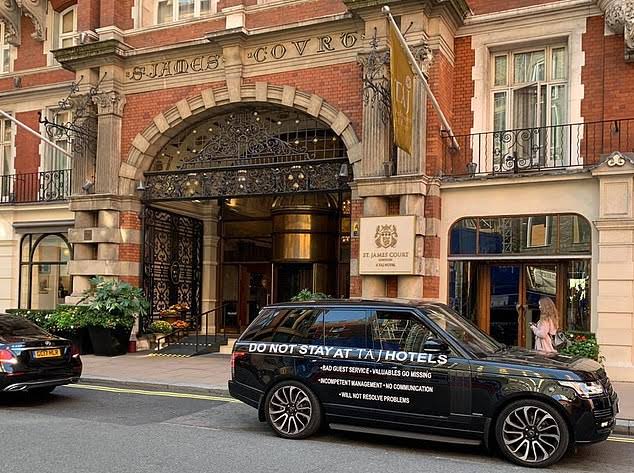 Writing printed on the side of the car read: "Do not stay at Taj Hotels," in large print, followed by a list of negative points. "Bad guest service, valuables go missing, incompetent management, no communication, will not resolve problems," it said.

It is not known who is behind the stunt, but an almost identical protest was held outside a Taj Hotel in South Africa last year, when a banner with the same wording was erected nearby.

The $690 a night hotel is currently rated 'excellent' on TripAdvisor, with nearly 5000 reviews.

Four separate adjacent large-scale tourism sites on the Pacific coastline close to Nadi in Fiji have been placed on the market for sale. The…