The Rees Hotel Queenstown has announced the appointment of Corey Hume as executive chef. 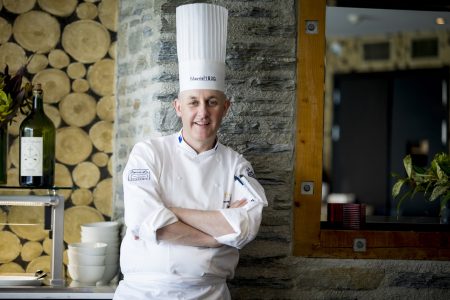 "Corey is world-class, both in his creative calibre and kind-heartedness given his service record mentoring chefs and raising funds for important community causes," said Mark Rose, chief executive of The Rees. "We're all hugely excited to welcome him aboard to our team."

Originally from Canterbury, Hume hopes to create an experience for both locals and overseas guests alike that demonstrates the "True South". Stylistically, he is passionate about high quality, seasonal ingredients, yet likes to have fun by crafting surprising and theatrical dishes.

Hume's CV includes national and international distinctions, excellence awards, world chef affiliations, a global scholarship to the US, a guest chef secondment in Japan, a Board membership to Bocuse d'Or New Zealand, a National Culinary Coach role, and a clutch of bronze, silver, and gold medals. His last tenure as Executive Chef was at Blanket Bay Lodge, where he worked for eight years.

Hume is passionate about sustainable cooking, and believes there is plenty of room for sustainability and craftsmanship to exist alongside each other.

"There are real opportunities for us to be more proactive and efficient with solutions – there’s nothing that can’t be used in some way, that’s where the creativity comes in,” said Hume, crediting his previous stint at opening Six Senses in Oman for his environmental ethos.

He looks forward to supporting the micro industry of local growers. “Some ingredients I discovered in Michelin restaurants overseas are now being grown in our region. It’s important I partner with like-minded individuals and companies to enhance what we serve to our guests."

Junior sous chef at Copthorne Wellington’s One80 Restaurant, Maxime Gnojczak was awarded silver at the Chef of the Capital competition at the Wellington Culinary…