The Great Britain Rugby League Lions were forced to leave Auckland yesterday in the wake of a serious fire at the SkyCity Convention Centre.

The team were evacuated from their hotel near the blaze, which started at 1:15 pm on Tuesday and continued through the night. Large areas of the CBD have been sealed off, with a public health warning being issued for those who live and work in the area. 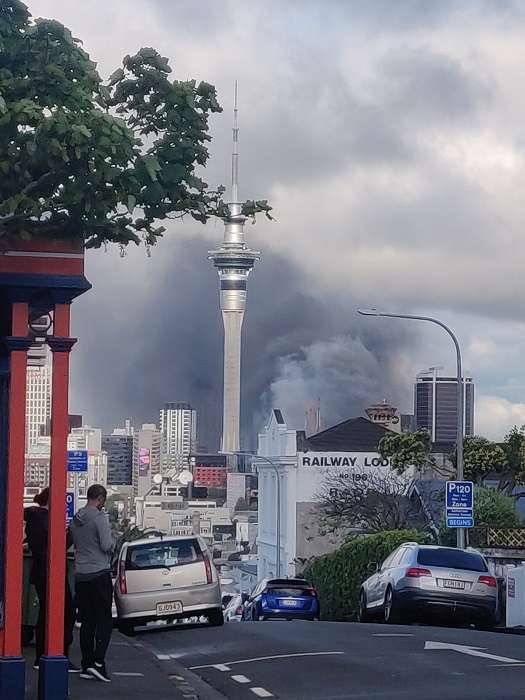 The blaze seen from Ponsonby.

The GB Lions are in New Zealand on a three-week tour, playing four Tests. The squad have relocated to Hamilton before Saturday's Test against Tonga. They will also play Papua New Guinea in Port Moresby on November 16.

"It all happened very quickly," a Lions spokesman said. "Within an hour of being told to pack their bags, we were on the coach out of Auckland."

SkyCity casino and the sky Tower have been evacuated and closed until further notice. SkyCity hopes to reopen its restaurants and hotels by Wednesday lunchtime.

The cause of the fire is not yet known, but is reportedly due to a worker leaving a blowtorch unattended on the roof.