Queenstown’s Ziptrek Ecotours has picked up a number of accolades in succession.

The next day, Ziptrek Sales Executive Kenny Wynter was announced as the only Queenstown-based member on the seven-strong YoungTEC Executive team for 2020.

YoungTEC is an arm of the Tourism Export Council which offers support, education and networking opportunities to young tourism professionals.

Trent said his award, while recognising his achievements in setting up the zipline company, could not have been achieved without his team.

“The tourism leader award isn’t just about me; it recognises the hard work of all the crew, past and present, who have contributed so much in the almost ten years we’ve been in operation,” he said. 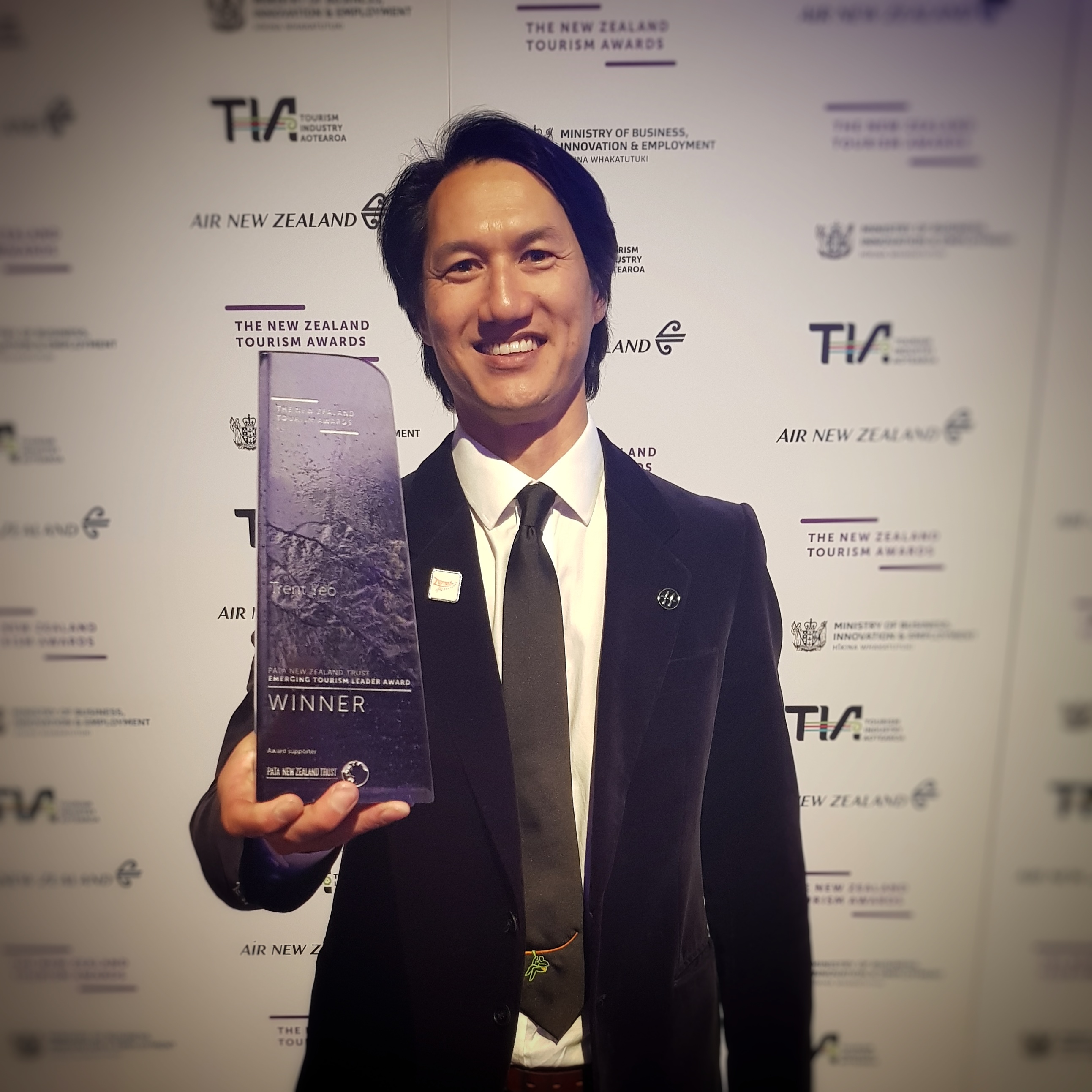 Ziptrek Ecotours is a recognised leader in business innovation, eco-tourism and sustainable business practice, and Trent said the award could not have come at a better time for the business and the industry as a whole.

“Entering the award brought into sharp focus how much time and effort I’ve put not only into  Ziptrek but into the wider industry,” he said. “I’m really excited to be at the peak of my career when the New Zealand tourism industry is moving so strongly towards developing our sustainability on a global scale.”

The judges recognised Trent’s ability and commitment to go beyond his own business and demonstrate what they called “great examples of transformational leadership”, impressed with giving his time and generosity to the industry at the same time as the business recorded excellent achievements.

Kenny began his tourism journey by studying for a degree in International Tourism Management, exploring corporate social responsibility in his dissertation.

After graduating he was drawn to work for Ziptrek Ecotours, giving him an introduction to the world of eco-tourism. After working for them for a year, he left to gain international experience before returning to Ziptrek in 2017.

“I’ve been working to spread the word about their stance as the pioneers in eco-exhilaration ever since,” he said. His other industry roles include being a member of the BYATA steering group for Queenstown, and being an active member of Queenstown Young Professionals.

Multi-award-winning Zipline Ecotours is celebrating ten years in business this year, as the pioneers of ziplining and eco-tourism in New Zealand.

Hilton and US ridesharing company Lyft have linked loyalty programmes so Lyft passengers can earn Hilton Honours points with every ride. For loyalty members…