Heritage Christchurch has been announced a winner in the prestigious international World Luxury Hotel Awards 2017. The award category and full region covered by the award will be announced in early December at a gala event in Zurich.

“The World Luxury Hotel Awards are the equivalent of the Oscars for the hotel industry. We are very excited our historic hotel has been recognised internationally, especially when the field of hotel entrants spans the world,” said Astrid Hay resident manager of Heritage Christchurch.

Set in the 104-year-old Old Government Building (OGB) on Christchurch’s Cathedral Square, Heritage Christchurch is a refined choice for leisure guests and business travellers with stylish fully self-contained suites in one and two-bedroom configurations.

Heritage Christchurch’s building was designed by renowned architect Joseph Clarkson Maddison in an Italian Renaissance Palazzo style and is considered of ‘monumental’ importance to the city by architecture experts.

“We are privileged guardians of a very important Christchurch heritage building and delighted to have this endorsement of our hotel by such a prestigious organisation,” said Gary Jarvis group operations manager Heritage Hotel Management.

The Heritage Christchurch’s Old Government Building (OGB) has been recognised in the bi-annual Canterbury Heritage Awards in 2010, 2012 and 2014. The hotel won the best luxury historical hotel award for the Australasia and Oceania region 2016 last year. 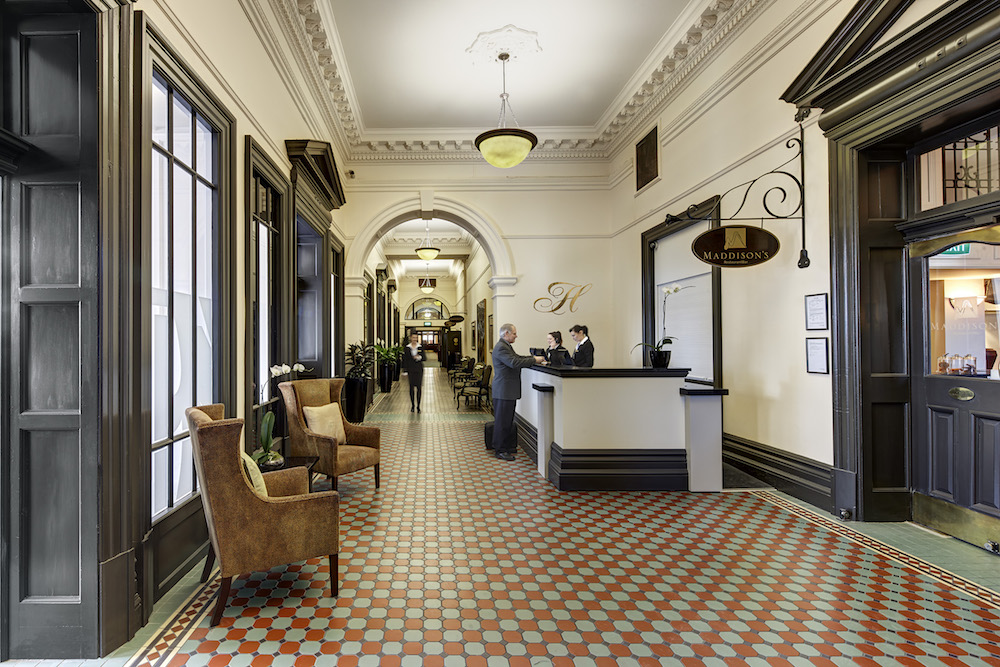 Hawke’s Bay Tourism general manager Annie Dundas has welcomed the significant increase in visitor spending in the region. Visitors to the region are spending…