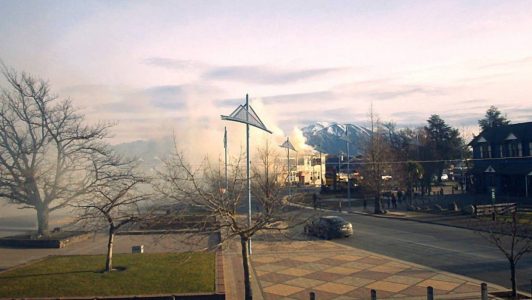 Fire and Emergency were called to the blaze at the Canterbury hotel and pub shortly after 9:20 am. Nine crews were at the scene and brought the fire under control by 11:45.

The pub has sustained some damage after being recently renovated following the Canterbury earthquakes. Owner Karyn Robertson said, "It's devastating, obviously with the timing, but we still remain optimistic that we'll be able to get things sorted as soon as possible. It's the busiest time of the year."

Thankfully, nobody was injured in the fire, the cause of which is yet to be determined.

Whole Harry is passionate about Whole Food! Their 100% organic certified maple is sourced from 3000 family farms across Vermont in the USA and…