The Rees Queenstown was recently named ‘Best New Zealand Hotel’ for the third year in a row at the 2019 HM Awards for Hotel and Accommodation Excellence. Hotel Magazine spoke to Roman Lee-Lo, director of operations at The Rees, to find out about one of the leaders behind this remarkable success story.

Born and raised in the Samoan capital of Apia, Lee-Lo first gained employment in hospitality working in his family’s nightclub, but it was a school project on the iconic Samoan hotelier Aggie Grey that inspired him to seek out a career in the industry. “She was an iconic woman, a legend of the South Pacific,” said Lee-Lo. “She was known as the mother of tourism, and she inspired me to work in tourism and hospitality.”

Lee-Lo first came to New Zealand in 2009, working as a reservations agent at the front desk of the very same hotel he now directs, the Rees Hotel Queenstown. After three months, he was promoted to duty manager, a position he held for three years before becoming HR advisor. Aside from a two-year stint at Hilton Worldwide, Lee-Lo has been with the Rees perpetually. “It was a very easy decision to come back to the company because it was where it all started,” he explained. “We’ve had some challenges, given we are a standalone company launched during the global financial crash, but we’ve created something magical that we’re going to replicate all around New Zealand.”

Alongside Aggie Grey, Lee-Lo cites The Rees’ chief executive Mark Rose as a source of major inspiration. The two have worked together for almost ten years, and Lee-Lo credits Rose with providing him with both the encouragement and the pressure to succeed. “He always pushed me to do better every day, to stay people-focused, and to be stretching myself,” he said. “I’m very grateful to him for those opportunities, and for his mentorship to allow me to get to where I am today.”

Talking to Lee-Lo, it becomes clear that he has found his calling. A warm and attentive listener, his hospitable personality lends itself perfectly to his chosen career. “Caring for people and ensuring everyone is welcome really underpins what hospitality is all about,” he mused. “It’s about looking after people.” Outside of work his life is just as people-oriented, moving within a multitude of wide and varied social circles. “I think that really helps with my career as well, because I can relate to people from all walks of life. I have that personality, to connect with people at different levels, and I think that’s one of my strengths, and I’m lucky that I’m in a career that I’m able to use that.” When he’s not socialising or working, Lee-Lo enjoys researching, reading, and gardening at home in Arrowtown, as well as enjoying life in the adventure capital of New Zealand.

The recent HM Awards for Hotel and Accommodation Excellence were, according to Lee-Lo, the icing on the cake when it comes to The Rees’ operation. “It’s very humbling to be able to receive such a prestigious international accolade. There’s a lot of work that goes into maintaining standards and consistency. It all comes down to our team that have worked really hard to ensure that our brand standards are always maintained to a very high level.”

The Mother of Tourism 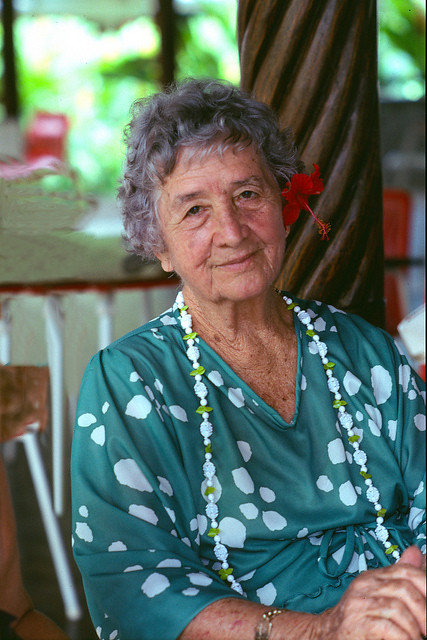 Agnes Genevieve Swann was born in what was then Western Samoa in 1897. The daughter of English chemist William Swann and his Samoan wife Pele, she founded her iconic hotel in 1933 with a $200 loan and became one of Samoa’s most popular figures. Over the years, she hosted many famous faces, including Marlon Brando, Gary Cooper, Dorothy Lamour, Raymond Burr, and Robert Morley.

Today, the 175-room Aggie Grey hotel is managed by Sheraton, and was completely rebuilt in 2012 after a devastating cyclone. The hotel features 70 original bungalows which retain the original thatched roofs and carved beams, and regularly hosts international forums and conferences in what is thought to be the largest conference facilities in the Pacific, including an opulent 495 square metre ballroom.

In my last article I wrote about the changes B&Bs have experienced in recent years and how that has affected us, in particular having…