A new hotel may be built in central Christchurch on a site where two previous developments have failed.

818 Colombo Street has been bought by Holy Eagle Investments for $1.35 million. Plans are in place for a $20m to $30m hotel, but are still being finalised.

The land was previously owned by Auckland developer Andrew Fonagy and Christchurch developer Richmond Paynter, who bought it for $2m after the earthquakes to build a $2.6m block of apartments. 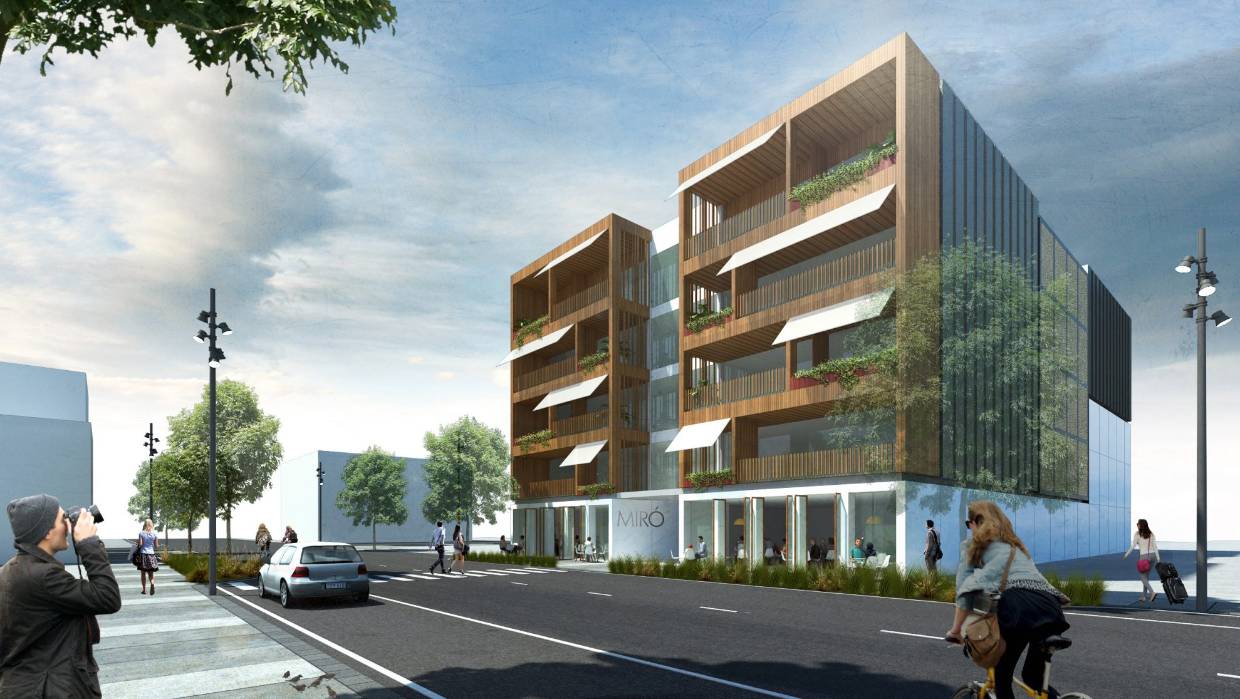 The Miro Luxury Residences would have been apartments

They later changed plans, with Fonagy buying out Panyter and achieving resource consent for a seven-storey, 48-apartment hotel with top-floor luxury apartments. However, that plan also failed, and the property's mortgagee began seeking a new buyer last year.

The Internet is buzzing about a woman’s shirt after it matched the walls of a hotel. Lauren Clark was on her way to the…