Sir Richard Sutton who owned an extensive property and farming portfolio, was found stabbed to death at his home in Higher Langham, Gillingham, Dorset on Wednesday.

His partner, Anne Schreiber, was also stabbed and is currently in a critical condition in hospital.

Thomas Schreiber, 34, was arrested on Wednesday night three hours after Sir Richard Sutton was found dead. Thomas Schreiber is the stepson of Sutton and has been charged with murder, attempted murder and dangerous driving. 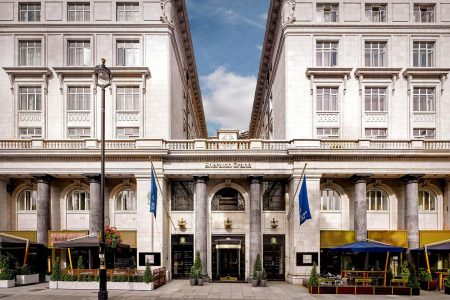 Sutton, 83, and his family was valued at £301m in the 2020 Sunday Times Rich List. He owned the freehold of the Sheraton Grand Longon Park Lane and the Athenaeum Hotel in Mayfair.

The 2016 Waimea Gewurtztraminer is a light honeyed yellow, with a nose of antique rose, lychee, white peach and exotic spices. It offers a…