The 140m tall Seminole Hard Rock Hotel & Casino in Hollywood, Florida, is turning heads not because of its size, but because of the tower’s unique shape.

Not expected to open until late 2019, the building is shaped like a guitar and the reception to it is mixed.

If the bold guitar shape wasn’t enough to capture attention already, the building will also light with six beams of light on each side resembling the guitar’s strings.

“At night, there will be this illusion of a guitar neck that goes to infinity,” said Gary Bitner, spokesman for Seminole Tribe of Florida. 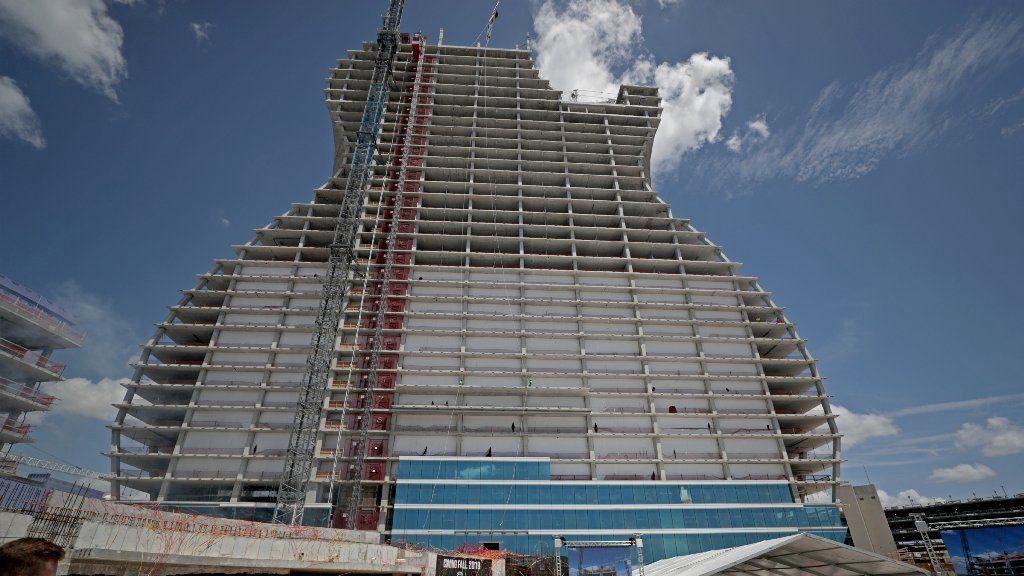 “It will be quite amazing, kind of like the Luxor Hotel in Las Vegas. It’s going to be quite dramatic and unique for South Florida.”

Critics are worried it’ll catch too much attention though and possibly even cause accidents if people driving by stare at it.

Other critics are concerned about the light pollution caused by the structure.

“A giant guitar is just a little out of place here. I can’t see the stars as it is,” said Arlene Owens, a local from the nearby town of Boca which the lights will be visible from.

Langham Hospitality Group announced an agreement with Canapaya Development Co. Ltd to manage a luxury hotel by the banks of Chao Phraya River in Bangkok. Only ten…