The New Zealand hotel sector has been performing well for the last few years, breaking visitor and occupancy records. The industry also had some big transactions last year, but sales prices on some of the biggest purchases were kept secret. That is until now, where a new Colliers International New Zealand Sector Overview has shown the prices for some of these sales, revealing how much the current New Zealand hotel market is currently worth.

Firstly, the Waldorf Stadium Apartment Hotel in Auckland was sold last year to Australian-based Mulpha Group and teased as “the largest transaction in Auckland in 12 years”. The 178-unit leasehold hotel has been confirmed as being sold for $57.25 million. It is just over half of what the record-breaking Carlton Hotel on Mayoral Drive (now Grand Millennium) sold for in 2006 ($113 million), but the Waldorf still managed to sell for a rate of $321,629 per key. 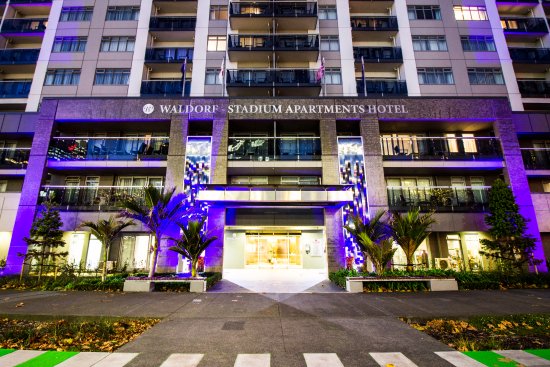 Another previously undisclosed sale price, CQ Hotels, was sold to Naumi Hotel Group for a now revealed price of $40.88 million, a rate of $230,960 per key. The property includes both the three-star Comfort Hotel and the four-star rated Quality Hotel, both of which will be refurbished and rebranded as Naumi hotels.

In Australia, Queensland, Victoria and Northern Territory were the only states that sold higher value properties. In Queensland, the Ibis Styles Brisbane Elizabeth Street sold for $94 million and the Watermark Hotel & Spa Gold Coast sold for $90 million. Across Victoria, there were some very large sales like Bell City which sold for $127 million ($150,711 per key) and Pullman Melbourne on the Park which sold for $156 million ($372,315). The biggest sale across Australia though was the Sky City Darwin Casino in Northern Territory which sold for $188 million, the state's largest hotel since 2010.

“Sydney and Melbourne will continue to attract significant capital, but domestic players may, for the first time in a while, get to play ball as some global investors shift focus back home or to displaced markets in Europe.”

Already this year the Westin Perth has sold for an estimated $200 million, the biggest hotel sale ever in Western Australia.

Across both Australia and New Zealand, most investments are still domestic, however, there is a growing amount of foreign investors, particularly Asian investors who now make up 32 percent of hotel investment value in Australia. The type of buyers is diversifying, with institutions, private equity, developers, sovereign wealth, and private individuals all more involved than ever before. This will make for a more competitive hotel market.

While review scores aren’t make-or-break, they are the second most important variable for travellers when deciding where to book, following price. Hotels go out…