Ben Batterbury of True South Dining at The Rees Hotel said that food is in his family’s DNA.

“I was born in the U.K, so I had the good fortune while growing up to holiday in France and be exposed to fantastic food. My Nan was an excellent home cook too—her Sunday lunches were legendary.”

At The Rees, Batterbury can express the culinary beauty of the Otago region through beautifully crafted seasonal menus; “Whatever our local growers are offering always catches my eye—recently, we were introduced to oyster leaf and deer milk, a novel new ingredient that tastes like old school full cream milk.”

Although Batterbury boasts an impressive resume, he admitted that he has a particular weakness: Caesar salad and nachos. 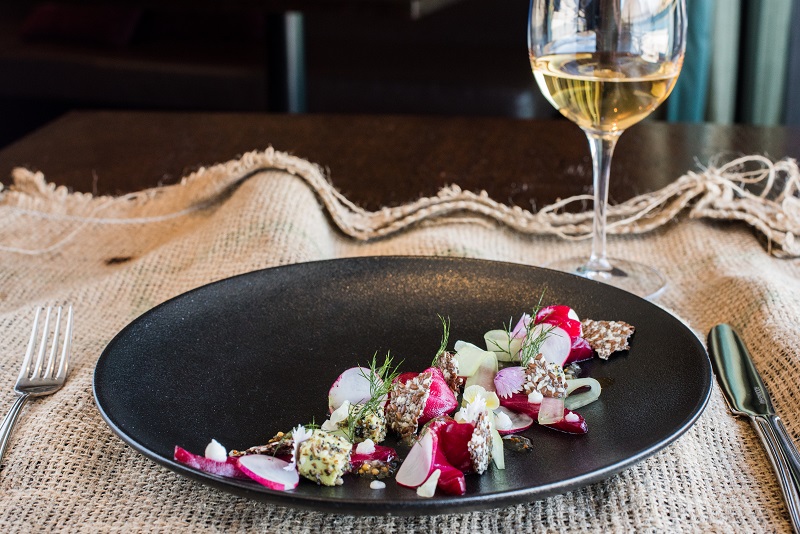 “[Being a chef] channels my creative and curiously experimental side. I never wanted to sit at a desk job—I need to be active. Besides, training to be an architect seemed to take way too long at the time.”

It is apparent that a lot of time and thought goes into each and every one of Batterbury’s creations.

“We constantly trial dishes before they make the cut of appearing on the menu in pursuit of excellence.”

Batterbury certainly has proved that he is more than capable of excellence, as well, citing some of his biggest achievements, “Holding three AA Rosettes in England, a national recognition, was pretty special. So was designing and preparing a special ‘NZ Inc. Menu’ in a partnership with New Zealand Trade & Enterprise to showcase the best of New Zealand food and wine at the legendary James Beard House in New York.”

The True South Dining kitchen, as Batterbury described, is “Fun, yet professional.” Batterbury said that he liked to make sure that everyone in the team is involved in every aspect of the menu.

At the moment, Batterbury and the crew have been experimenting with fermentation. Batterbury proudly said that the True South Dining Room makes its own sauerkraut and Kimchi, among other trialled dishes. 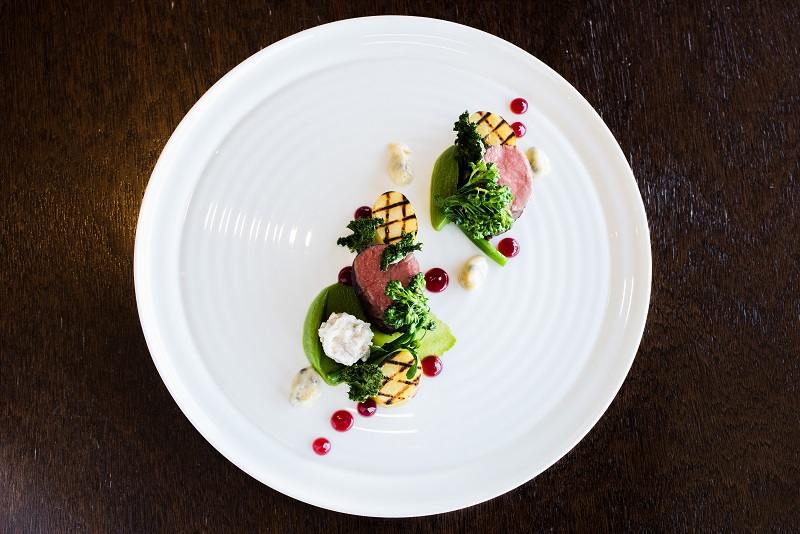 As much as Batterbury likes to try new things, when asked about the development of his food over the years, he said, “They are a little simpler than in the past. I’ve always been a simple eater that appreciates simple flavours.”

As Batterbury grew up in the U.K, it was interesting to hear his insight into the state of the New Zealand food scene.

“It’s evolving and dynamic. As more and more Kiwi chefs return home inspired from their overseas experiences combined with the melting pot of the country’s population growth, there are more and more places opening up that are exciting.”

While Batterbury continues to amaze guests at The Rees Hotel, his main focus remains “surviving with a young family and trying to balance life.”

The world of hotels and the world of ice cream might seem like chalk and cheese, but QT Queenstown’s recent collaborative promotional effort with…