The European Travel Commission has published its report for the second quarter of 2019, describing a generally positive situation for tourism on the continent, but predicting some oncoming challenges.

The report highlights the robustness of Europe's tourism market despite faltering global economic prospects, predicting an upward trajectory in demand for European tourism over 2019. However, the report states that the region will struggle to remain resilient as trade tensions disrupt the global economy.

"Virtually all reporting destinations registered significant increases in tourist arrivals early in the year, although data into the summer months will provide a more stable picture of yearly performance," the report says. 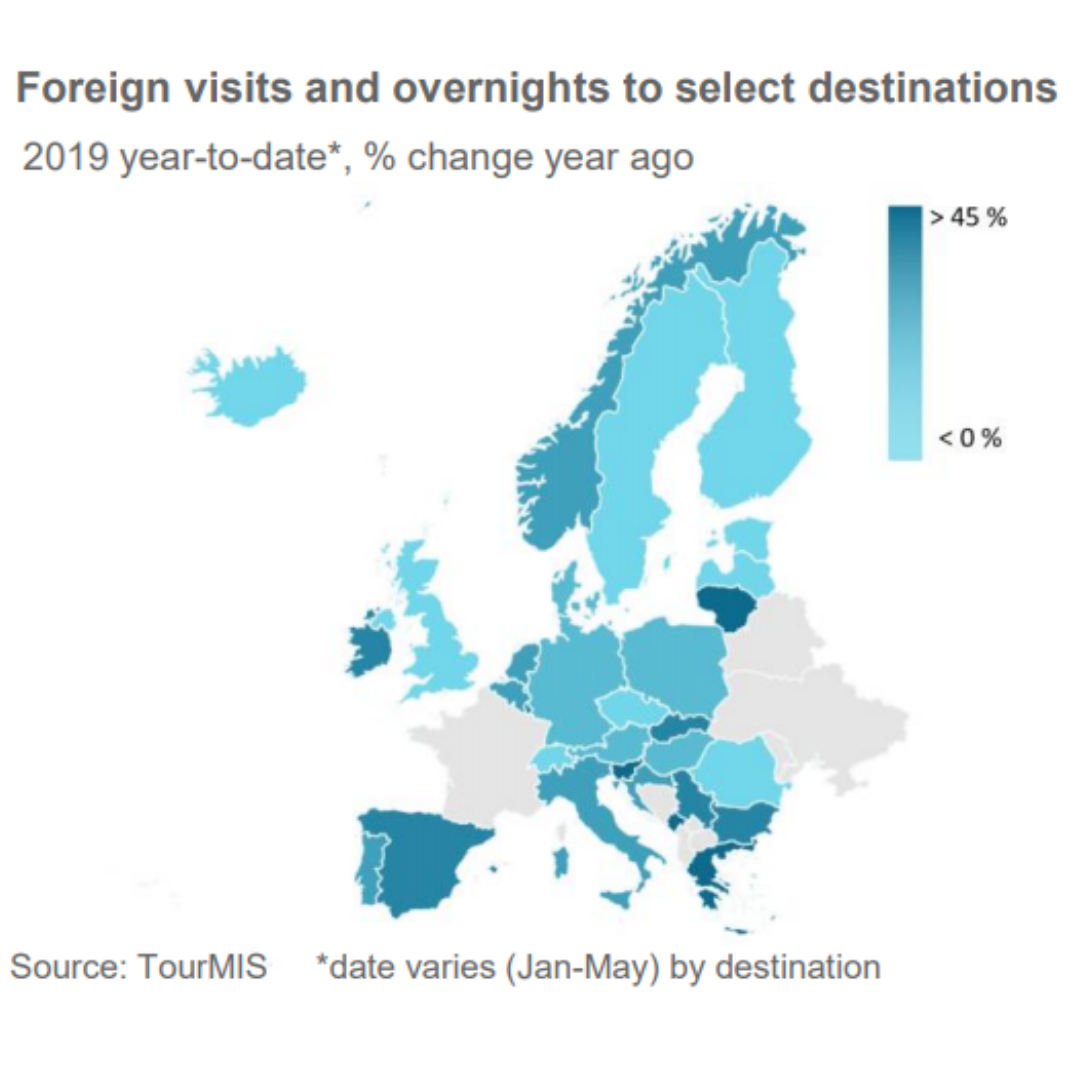 Nations singled out as performing particularly well are the Balkan states, with Montenegro and Turkey the only European destinations which have posted double-digit expansion so far this year (50 and 12 percent, respectively.) Slovenia and Greece (both 8 percent) are also mentioned as "star performers".

Countries experiencing a decline in tourism numbers include Iceland (-11 percent), following the demise of its low-cost carrier WOW Air in March, and Romania (-7 percent). Estonia (-2 percent) saw a slight decrease due to declines from one of its largest source markets, Russia (-9 percent.)

The report argues that maintaining growth in 2019 will be more challenging in 2018. "The majority of destinations are currently reporting growth according to the latest available data, but this is slower than in previous years," it states.